Set in the beautiful rural countryside of North Derbyshire on the banks of Ogston reservoir we are surrounded by wild flower meadows, farmers fields of oilseed rape and field beans with hedgerows full of hawthorne, bramble and ivy.

This all spells out one thing for the bees…….FORAGE and plenty of it.

An idyllic environment for our bees or so you would timagine.  But are our bees the best bees for our seasonal climate?

We Have One Goal

“To do all we can to help honeybees to evolve and thrive in our locality.”

If you buy our products or take our queens and colonies, you will be contributing towards helping us to save the bees

In recent years, beekeepers have reported colony losses, especially in Western EU countries such as France, Belgium, Germany, the UK, Italy, Spain and the Netherlands. However, with many parts of the world, including the US, Russia and Brazil experiencing the same problem, it is clearly a global issue.

Albert Einstein is sometimes quoted as saying, “If the bee disappears from the surface of the earth, man would have no more than four years to live.” It’s highly unlikely that Einstein actually said that. But there is an element of truth in the famous misquote.

If honeybees did disappear for good, humans would probably not go extinct, but our diets would still suffer tremendously. The variety of foods available would diminish, and the cost of certain products would surge.

Apples, avocados, onions, and several types of berries rely heavily on bees for pollination. The disappearance of honeybees, or even a substantial drop in their population, would make those foods scarce. Humanity would survive—but our meals would get a lot less interesting.

I started out keeping bees about seven years ago. The seed was initially set when I was a teenager in the 70’s by my late uncle Alan Hinchley who was Chairman of Chesterfield BKA and also actively involved on the BIBBA committee.

In the early days I kept bees as a hobby, a kind of stress relief from my heavy workload in the brewing and hospitality industry until I retired from work in 2019 and at that point keeping bees and raising queens had became my main interest & passion and then subsequently my new business venture. 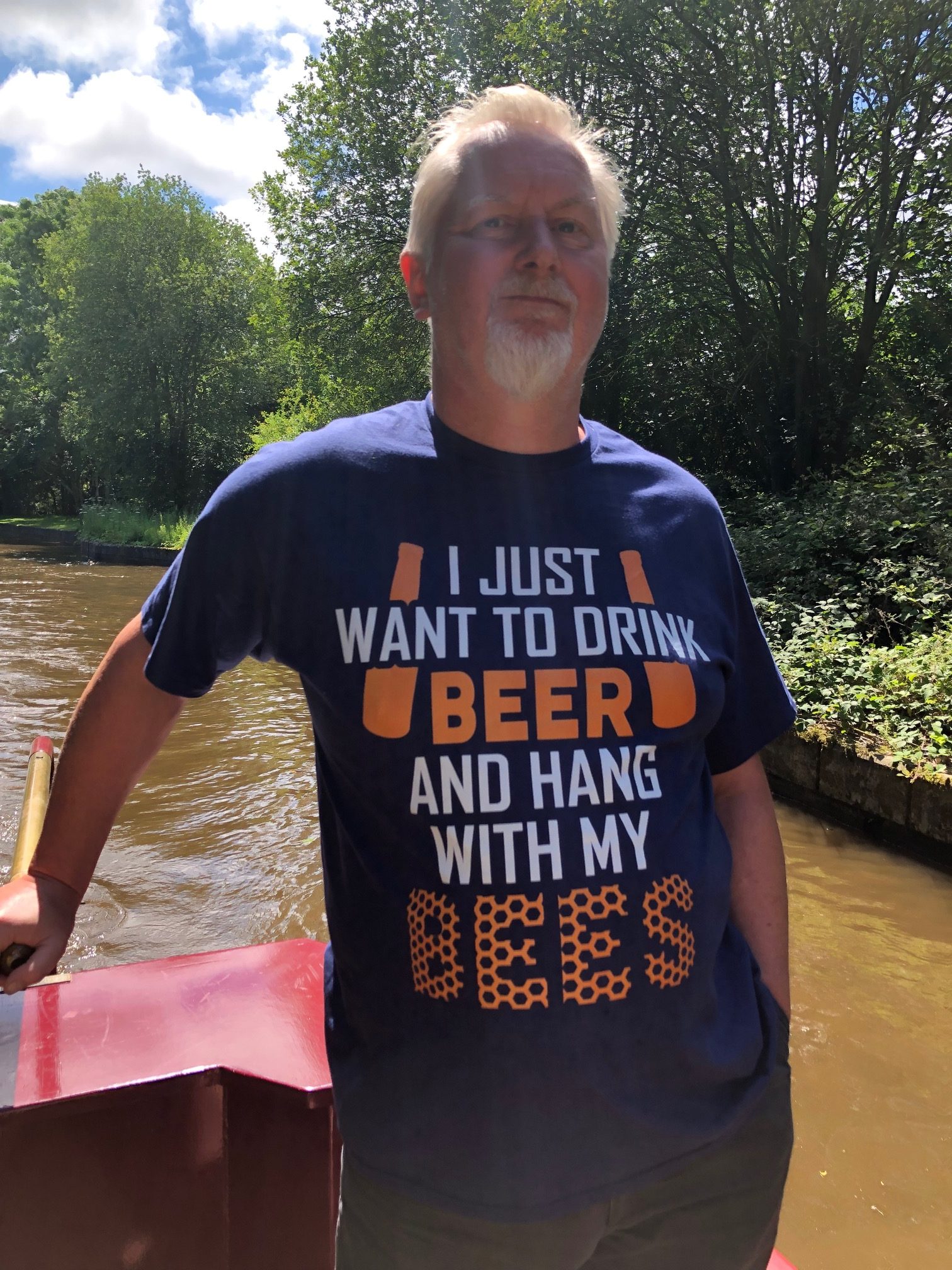 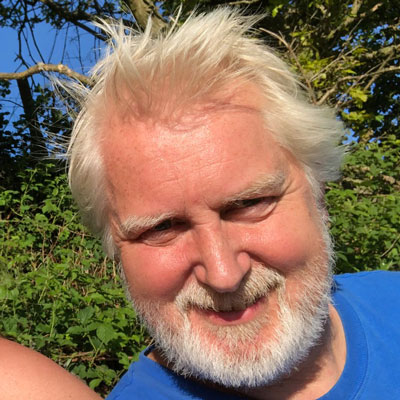 Beekeeper and fixer of "things".
If something needs doing which involves the manipulation of wood, metal, wires, pipes or glassfibre, Kim's your man.
A fairly competent Chef too in former years, but queen rearing and producing nucleus colonies for startup beekeepers is the main focus now. 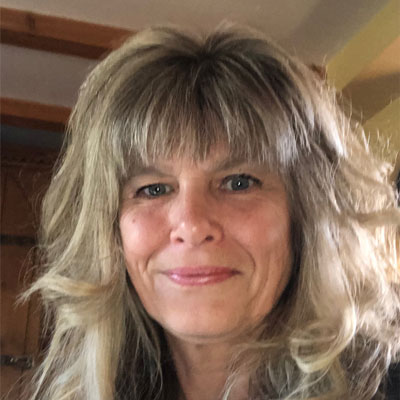 Without doubt the most attractive member of our team.
Jackie looks after sales and customer services, but also helps with the honey extraction and packaging.
Other duties include exercising the dogs every day and making sure the wine rack doesn't get too full! 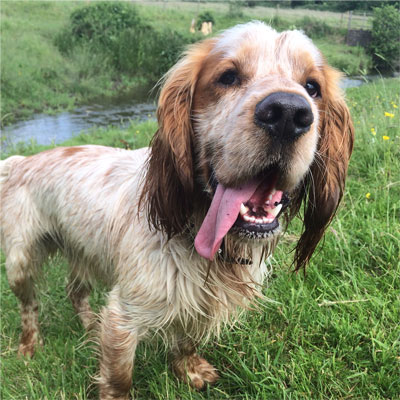 The "Special One" - of the four Cocker Spaniels in our family. He's the only one remotely interested in beekeeping and he was named in honour of Kim's favourite blues guitarist. He insists that We take him to the pub at least once a week and he is without doubt the best dog I have ever met.